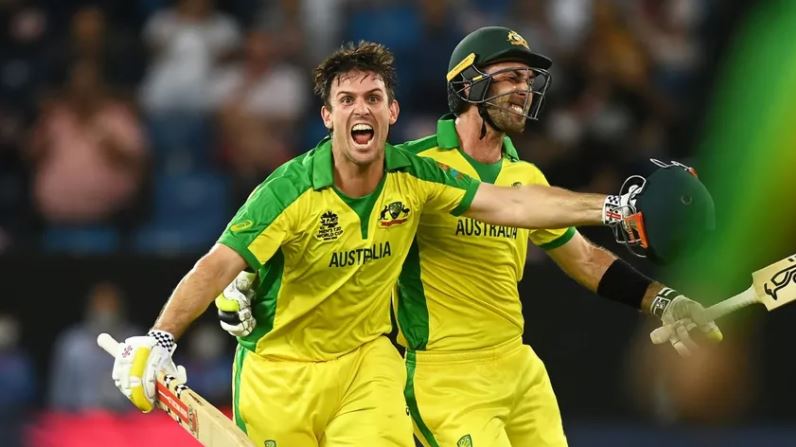 Dubai: Match-winner Mitchell Marsh thanked the Australian selectors for revitalising his white-ball career after steering his side to an emphatic first ICC Men’s T20 World Cup title against New Zealand.Marsh’s brutal 77 not out from No.3 helped down Kane Williamson’s Black Caps by eight wickets in Dubai and extend his consistent personal form at the top end of the order.Marsh, 30, was catapulted to the crucial position during Australia’s tour of West Indies in July and repaid the favour in style by racking up 185 runs throughout the ICC Men’s T20 World Cup 2021.And asked about the secret to his newfound success with the bat, Marsh – who averaged over 61 in the tournament – said: “The coaching staff came up to me in the West Indies about six months ago and said I was going to bat three for this tournament and series – and I absolutely jumped at the idea of that.“I’d done a little bit for the [Perth] Scorchers back home, but I’ve obviously got all the staff and everyone involved In the Australian setup [to thank] for backing me and getting me up the top there.“I just love playing my role for this team.“I feel like a lot of people say this, but I don’t really have words right now.“What an amazing six weeks with this group of men – I absolutely love them to death and we’re world champions.”Arriving at the crease in the third over after the dismissal of captain Aaron Finch, Marsh kickstarted the pyrotechnics in style by striking his very first ball for six off the bowling of Adam Milne.And clubbing the next two for four propelled him to 14 off three and helped set the tone for his and David Warner’s – 53 off 38 balls – second innings onslaught.Justin Langer’s side comfortably chased down their target of 173 to win and asked about the show-stopping start to his innings, Marsh added: “I’ll be honest with you, there wasn’t a whole lot of thinking that goes into that.“I just wanted to get out there and have a presence. Marcus Stoinis always talks to me about having a presence and getting in the contest.“That allows me to go out there and play my game – I can’t believe it and it’s unbelievable.”Williamson’s masterful 85 off 48 balls – the fastest ever half-century in an ICC Men’s T20 World Cup Final – helped haul his team to a competitive-looking total after seamer Josh Hazlewood took a skilful three for 16.But spearheaded by Marsh and in-form Warner – crowned Player of the Tournament for his 289 runs at an average of 48 – the Australians proved too hot for the usually-economical New Zealand attack to handle.The triumph marked their maiden ICC Men’s T20 World Cup title and Warner, part of the team who lost to England in the 2010 Final in the West Indies, admits the long-awaited triumph finally banished those Bridgetown demons.The 35-year-old, who won the ICC Men’s Cricket World Cup against New Zealand six years ago, said: “This is right up there with 2015.“Being part of the World Cup Final against England a decade ago really hurt, but winning one was fantastic.“These guys are a great bunch of guys. We’ve got great support staff and support around the world, especially at home.”Captain Finch, 34, added: “This is huge to be the first Australian team to be able to do it.“I’m so proud of the way the guys went about it the whole campaign. They were brilliant from the start and I’m so proud.“We had some great individual and team performances – it’s been fantastic.”