Anushka Sharma is celebrating her 34th birthday today and wishes are pouring in from all sides on social media. Kareena Kapoor Khan also took to her Instagram story share a sweet birthday post for the ‘NH 10’ actress.
Check out her post here: 
Priyanka Chopra also took to her IG story to wish Anushka. The Sky is Pink star wrote on the selfie of the two, “Wishing you the biggest slice of happy today and always!” 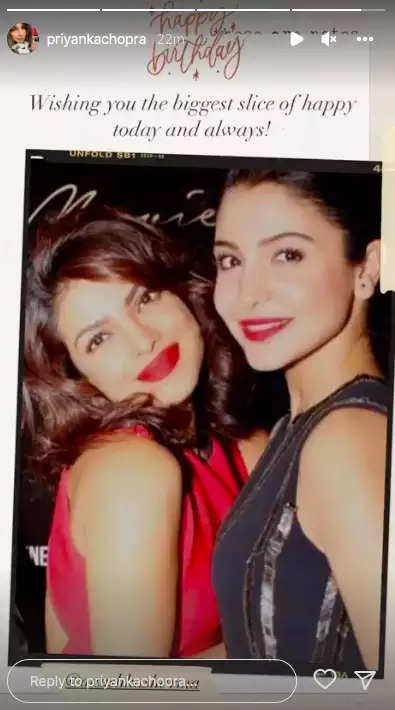 Meanwhile, on the work front, Kareena is awaiting the release of her upcoming film, ‘Laal Singh Chaddha’ co-starring Aamir Khan in the lead role. It is slated to hit the theatres on August 11, 2022.


Apart from this, she also has Hansal Mehta’s untitled next and Karan Johar’s ‘Takht’. The actress will also be making her OTT debut soon.

Anushka, on the other hand, will be seen making her comeback after four long years with ‘Chakda Xpress’ where he will be essaying the role of cricketer Jhulan Goswami. The film is expected to release on an OTT platform.